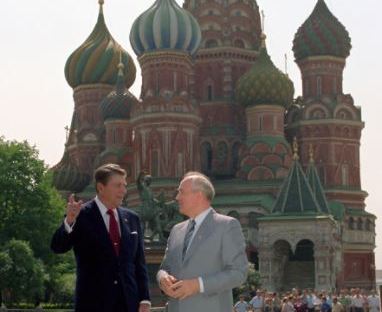 Thank you to so many for your service.

I know these times are confusing but I think this is one thing we can all agree on;

Thank you to our Vets.

I have today off. I have never had Veterans Day off. Colorado is having a crazy COVID surge so my options for today were limited but I did do my favorite thing….I swam.

The pool manager LOVES 80’s music so today I swam to a Tears for Fears/Queen Combo….that’s right….We are the Champions…. and Everybody wants to Rule the World….fitting.

I grew up with parents talking about the Cuban Missile Crisis; going to bed and not knowing what the world would be like when they woke up. Nuclear bomb drills where everyone hid under their desk….all in the tiny town of Plano, Illinois.

In the 80’s I sat glued to the TV as the nuclear arms race between the US and the USSR intensified; potential destruction my twelve year old mind could not comprehend.

The made-for-TV movie The Day After came out in 1983. You wanna scare the crap out of a 12 year old? As if puberty is not terrifying enough, plop them in front of the TV to watch the Love Boat and what the heck….a nuclear holocaust. My preteens were spent thinking that surely we were out to destroy ourselves. I would spend my teen years in an underground bunker eating spam, watching my hair fall out….just me and my family…..a preteen nightmare.

I have always been a bit of an activist. At 12 I sat at the kitchen table with my best friend writing letters to President Regan about how I would really like to see my 13th birthday (I also had a flair for the dramatic).

I remember asking friend’s mom, “Why do the Russians hate us so much?”

In 1985, Sting released, I Hope the Russians Love Their Children Too, a somber, chilling song that really came down to this premise….. If destroying you means destroying me….well I love my family more than I hate you. So where do we go from here?

Mister Krushchev said, “We will bury you”
I don’t subscribe to this point of view
It’d be such an ignorant thing to do
If the Russians love their children too

We share the same biology, regardless of ideology
But what might save us, me and you
Is if the Russians love their children too

The Wall came down November 10, 1989. I sat in my grandparents living room and cried.

In 1993, I moved to Germany for a couple years and became friends with many people from the Eastern Block. They didn’t hate me nor did they want to blow me up with a nuclear warhead. They were also really good skiers and fun to drink beer with….so there is that. And they do indeed love their children.

And although we do not point warheads, talks of succession are damaging. They point to a fact that we cannot nor will not meet each other at a commonplace.

Would we speak so highly of each other to our children the way my best friends’ mom spoke of our ‘enemy’ during a Cold War? When nuclear bombs were poised towards each other?

Would we tell our children the other side does not hate us? And that the other side doesn’t want this to get any worse than we do? Would we speak about our country people with different ideology as graciously as my best friends’ mom spoke of people she did not know?

There is no monopoly on common sense
On either side of the political fence
We share the same biology, regardless of ideology
Believe me when I say to you
I hope Republicans love their children too

There is no monopoly on common sense
On either side of the political fence
We share the same biology, regardless of ideology
Believe me when I say to you
I hope the Democrats love their children too

So many have fought for peace. Not only did they fight, but at the end they met the enemy at a commonplace. It would have been easy for Regan or Gorbachev to tell the other to stick it. I’m glad they didn’t. I really don’t like Spam.