Alexi Salamone was born with deformed legs as a result of the Chernobyl nuclear disaster. He was adopted, grew up in the States and is now on the US Sled Hockey Team.

Heath Calhoun lost his legs in Iraq. He is on the U.S ski team and was the flag bearer for the opening ceremonies.

A couple years ago, a teenager was struck by car a couple miles from our house. Nikko Landerros lost his legs in the accident. He is now on the sled hockey team.

Caitie Sarubbi is a freshman at Harvard and ski races full time. She also has a rare genetic syndrome that only 13 other people in the world have. She’s had over 56 surgeries and is visually impaired.

Samantha’s mother is sitting on the couch eating Reese’s peanut butter eggs, with Kleenex in hand. She in complete awe of the human spirit.

Have you ever skied with your eyes closed? I can’t ski with my eyes closed. During an instructor training, a friend of mine tried to demonstrate skiing with their eyes closed, he ended up in a net on the side of the hill….a big skiing tuna.

I have also never skied without my arms, or my legs. I’ve tried to ski on one leg but I don’t do it very well.

At one point in time these people may have thought their life was over….their legs were gone, their spine was severed….the person they were had been altered. 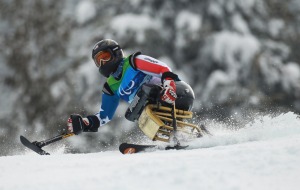 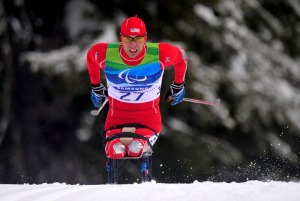 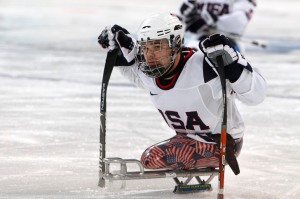 A shout out to Samantha’s Pops and Nonnie who are at the Paralympics. Pops is treasurer for a non-profit called No Excuses. No Excuses supports disabled skiers; helping them with training, development and funding. Thanks Pops!

I have a dream that someday Samantha will join us on the slopes.

Impossible is just another word.